Creation on earth started on a Sunday when the seven visible planets were in Aries at the zero point and when Rahu was in Virgo at the end of 30° point and Kethu was in Pisces at the end of 300 point. The 12 signs zodiac commencing from Aries and ending with Pisces is called Natural zodiac. The lagna of the natural zodiac is always Aries; the zodiac is divided into Kendras (quadrants) and Konas (Trines). They divided the zodiac into four Kendras of 90° angle. Thus 1, 4, 7 and 10th houses are the four Kendra houses. They are Aries Cancer, Libra and Capricorn signs. Similarly the sages divided the zodiac into three Konas of 120° (of each angle). Thus 1, 5, 9th houses are the three Konas (trines). They are Aries, Leo and Sagittarius signs. Therefore Kendra lords are Mars, Moon, Venus and Saturn. Kona lords are Mars, sun and Jupiter of the natural zodiac. In my book I am using bhavas and houses in the same sense. 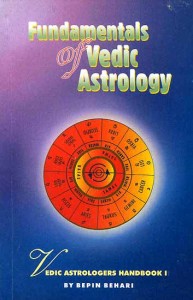 THE ASPECTS OF THE NINE PLANETS

Kona aspect (5th aspect) is a benefic aspect for all planets Kendra aspect is a benefic aspect to natural malefics but a blemish in the case of natural benefics. The aspects must be taken from the positions of the planets at the time of Sristi according to their lordships over the signs of their own. The seven visible planets took their positions at 0° Aries at the time of Sristi on Earth. From Aries as lagna, Mars got lordship over Kendra and Kona as he is lord of Aries (lagna lord). So he got Kendra (900 or 4thaspect) and Kona (120° or 5th aspect) aspects. As a natural malefic.and as Kendra lord Mars aspected the 4th house, Cancer, his friend’s house. So Mars got 4th aspect. From Cancer he aspected his own house Scorpio by his Kona aspect, Scorpio is the 8th house from Aries lagna, So Mars got 8th aspect. Thus 4th and 8th aspects of Mars are called Visesha Drusti (special aspects) Saturn is a Kendra lord from Aries (10th Kendra lord). He got no Kula house. As such Saturn is allowed to aspect by Kendra aspects only So Saturn purely as a Kendra lord aspected the 4th house, Cancer. But this happened to be his enemy’s house. So he cut short of his aspect and it was turned as 3rd aspect and aspected his friend’s house Gemini. Thus he got 3rd aspect. Every planet by nature aspects the 7th house (180′ angle) just like the light of a lighted torch falls on the wall which is in 180° angle to the torch From the 7th Kendra(Libra). Saturn aspected his own house, Capricorn by his Kendra aspect which is 10th house from Aries. Thus Saturn got 3rd and 10th aspects under the name of Visesha Drusti. From his position Aries, Jupiter got 9th Kona lordship. But he got no Kendra lordship. As such Jupiter is allowed to aspect by Kona aspects only. So Jupiter as a Kona lord aspected the 5th house Leo, his friend’s house by his 5th aspect. From Leo he aspected his own house Sagittarius by his 5th aspect which is the 9th from Aries. So Jupiter got Visesha Drusties of 5th and 9th aspects. From his position Aries Mercury is neither a Kendra lord nor a Kona lord. So he had no special aspects except the 7th aspect by nature. The Sun and the Moon got only one lordship. So they got o visesha Drusties except the 7th aspect by nature. Even though Venus is 7th Kendra lord having two lordships from his position Aries, the 7th Kendra lordship is a blemish to Venus as he is a natural benefic. (Blemish How? to be discussed after). So Venus is not allowed to aspect Kendra aspects the 7th aspect by nature.

When Rahu and Kethu are posited in their own stars, they aspect the houses by their 4th, 7th, 8th, 12th, 5th and 9th aspects from the position of their houses.

When Rahu and Kethu are not posited in their own stars, they aspect the houses by 4th, 7th, 8th and 12th aspects only.

STELLAR ASPECTS OF THE PLANETS