Brisha, Kanya and Makara rasis rule the bone. Second, sixth and tenth houses from lagna, Moon etc. are the places wherefrom the position, strength and growth of bones are to be judged. Saturn is Karaka of all bones. When Brisha, Kanya, Makara rasis, second, sixth and tenth houses, their lords and Saturn be afflicted, badly placed, weak etc. in a horoscope, one Suffers from fractures and diseases of bones. Sun, Mars and Mercury are also responsible for all bone fractures. Mercury is responsible for fractures of small bones. Mars and Sun work for all difficult fractures. When houses ruling bones, their lords and Karaka planets join or be in any way related with Mars, Sun or Mercury, give rise to fractures of bones. Third house rules the hands and collar bones. Third house also rules the right hand and eleventh house rules the left hand. Mars is Karaka for neck and Saturn is Karaka for limbs. When above houses , their lords and planets ruling them be afflicted or badly situation  along with the houses and planets ruling bones and be in any way related with disease inflicting house or planet , one suffers from fractures in hands and collar bones. If the afflicted houses are third houses, Mithuna rasi and also Saturn is afflicted, the fracture will be in right hand, while affliction of third house, Mithuna rasi and Mars will inflict fracture of collar bone in right side. When it is eleventh house and Kumbha rasi, it will be either left hand or collar bone in left side. Brisha rasi and second house rule the right leg and twelfth house and Meena rasi rule the left one. Saturn is, as we know, karaka, for limb. If the second house, Brisha rasi, lord of second house and Saturn be afflicted, the fracture of bone will be in right leg, while affliction of Meena rasi, twelfth house, lord of twelfth house and Saturn will damage the left leg. Rahu is karaka for feet. When Rahu is also afflicted, the fracture will be in feet. Makara rasi rules knee and Kumbha rasi rules shanks. Further Karkata rasi rules the right knee and Makara rasi rules the left knee; and Mithuna rasi rules the right shanks and Kumbha rasi rules the left one. When these houses are afflicted along with houses and planets ruling legs, the fracture will be in that part of the body ruled by the house afflicted. 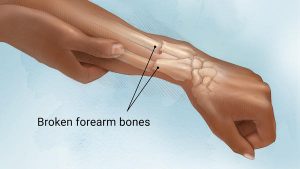 Fourth House rules the ribs. Ribs are the curbed bones reaching from spine round the upper part of the body. Saturn is karaka for ribs. Sun is also another karaka for ribs. Further fourth house rules the right part along with Karkata rasi and tenth house rules the left part along with Makara rasi. When Karkata and Makara rasis, fourth and tenth houses, their lords and karaka Saturn and Sun be weak, badly placed, be conjoined with malefic and lords of evil houses, and be in any way related with disease inflicting house or planet and also the houses and planets ruling bones be afflicted and related with the above, they may result into fracture of rib bones.

Seventh House rules the back side of the body. Mercury is ruler of spinal cord. When seventh house, lord of seventh house, Mercury and the houses and planets ruling bones are afflicted, badly situated, conjoined with malefics and evil lords, they may give rise to breaking of spines. As Tula rasi is the seventh house of natural zodiac, it also rules the spinal cords and its strength should also be taken into consideration.

When a combination for fracture of bone is present in a horoscope, the affected portion of the body is to be determined from the house and ruling planet afflicted and combined with the combination of fracture.

There are many combinations for fractures of bones and I am giving below some of the same:— 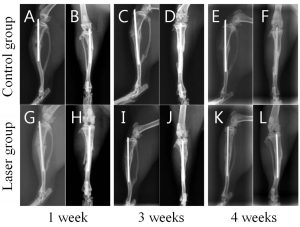 Here in this case, the planet mainly responsible for fracture is Mercury, as it (being sixth lord) is aspecting second lord Saturn, is afflicting karaka Sun by conjunction, itself being second lord from Moon is in dusthana from Moon, afflicting second lord from Sun by conjunction etc. Mercury suggests minor fractures and that is why the person suffered from a minor fracture. He met with the fracture owing to a slip and fall in bath room; Here Mercury is in a watery sign and Saturn, ruler of second house, is in an earthly (and also a watery) sign; and their joint result justifies a slip and fall in bathroom.

Lagna—Simha; Ketu in Simha; Jupiter in Kanya; Sun in Tula; Mars, Mercury and Venus in Brischika; Saturn in Makara Rahu in Kumbha; Moon in Meena.

This is a case of compound fracture in right hand. The reasons for the same are:—