Brain may be attacked from various kinds of diseases. Affection of blood vessels, haemorrhage, thrombosis, tumours, infections, inflammation of brain, hydrocephalus, brain fever etc are the various kinds of diseases of brain. Mesha rasi is the place in natural zodiac which is the seat of brain. The first house or lagna rules over the same. Sun is the karaka Planet. Affliction of Mesha rasi, first house, its lord and Sun, their weak position in horoscope, all these give rise to diseases connecting brain and head. Mars also rules over the head and all diseases concerning head and brain. For respective diseases concerning brain respective planets ruling different diseases should be considered.

I am giving below an example of a person suffering from brain tumour and who ultimately died in operation. He also suffered from loss of sight of his right eye. 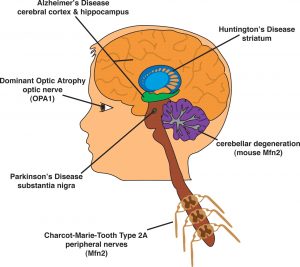 Lagna-Dhanu ; Moon and Venus in Mesha ; Jupiter R, Saturn R and Rahu in Kanya; Mars in Brischika ; Mercury in Kumbha ; Sun and Ketu in meena.