Sun rules over general health and lagna rules over head. Moon rules over our mind and mental structure. Fifth house and Jupiter control, our intelligence and Mercury controls our nerve system. Affliction to these  houses and planets causes insanity, mental disorder, weak thinking power, loss of Memory etc. When Moon, mercury and lagna are afflicted, we say the person possesses a weak head, weak mental structure and weak nerve system. Under such conditions it is quite likely that one will suffer from insanity or mental diseases. Weak brain, weak mind, weak power of thinking, weak nerve system, all these work towards mental disorder. Mesha rasi  is the first house of the natural zodiac and hence it also rules over the head. Affliction to this house is bad for the head and brain. Rahu works for long sufferings and Jupiter works for recovery. When the above houses and karaka planets become afflicted by Rahu, it suggests long-time diseases and little chance of recovery. Influence of Jupiter suggests recovery, provided such Jupiter is a benefic from the lagna, Sun, Moon etc,—particularly from lagna. Sixth house and Kanya rasi rule over diseases and affliction of the houses and planets concerning head, brain etc by sixth house, sixth lord, Kanya rasi etc are capable of producing the diseases concerning the house in question.

There are many combinations for insanity and mental diseases given in standard books on astrology. I am however giving below some of the combinations for the same. Of course, while applying these, one should consider whether the combining planets are benefics or malefics for the lagna and whether they have any relation with the disease-inflicting houses and planets. 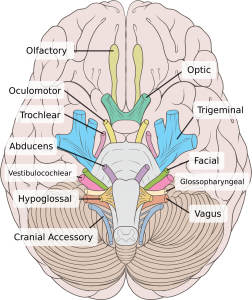 Lagna—Brischika ; Jupiter in Brisha ; Ketu in Mithuna ; Saturn R in Karkata ; Mars in Kanya ; Rahu in Dhanu ; Venus in Makara ; Sun, Moon and Mercury in Meena

In this horoscope we find :—

Thus we find Sun, Moon, Mercury, lord of lagna, Mesha rasi and fifth house, all are afflicted. Lagna is however not afflicted, and rather well aspected by strong benefic Jupiter. The person has been  attacked from insanity in Venus dasa in antardasa of Mercury. Venus is malefic from lagna, Sun and Moon, and is afflicted by malefics. In Venus dasa during antardasa of Saturn, Venus gives her own result and strangely enough the Jataka contacted bad women and was attacked from venereal disease in Saturn antardasa in dasa of Venus, and this resulted into insanity in antardasa of Mercury. In this horoscope Venus being lord of seventh house and twelfth house from lagna and lord of eighth house from Sun and Moon, is strong malefic. Further she is heavily afflicted by aspect of Saturn and Rahu. All these justify the contact with bad women and attack of venereal disease.

Lagna—Kanya; Rahu and Saturn in Kanya ; Sun, Moon, Mercury and Jupiter in Tula ; Venus in Brischika ; Mars in Makara ; Ketu in Meena.

This is another case of insanity.
In this horoscope, we find :—

So we find many combinations are present in this horoscope to produce insanity. Further, lagna, Sun, Moon, Mercury, Jupiter, all are afflicted and lagna in particular is heavily afflicted, She was attacked from insanity as soon as Saturn crossed Kanya rasi in transit and entered Tula rasi virtually afflicting lagna, Sun, Moon, Mercury and Jupiter ; and Rahu was also at that time in Makara rasi, thus afflicting fifth and sixth houses and lagna. Before the attack from insanity, her uterus was operated. She was suffering from tumours in uterus and from menstrual troubles.