There are many kinds of diseases concerning the bowels. The portion below the stomach is known as bowels. Kanya rasi is the seat of same in natural zodiac where from diseases concerning the bowels are to be judged. The sixth house governs the same. Sun is Karaka for bowels. Ketu causes all pains in bowels. While judging the diseases of bowels, the position of Simha rasi and fifth house are also to be considered, as both the places are linked with diseases connecting abdomen. Peptic, gestric, duodenial ulcers, tuberculosis of bowels etc are the various kinds of diseases concerning bowels. While judging ulcers in bowels, position of Mercury and Mars are to be taken into consideration. Affliction of Simha rasi, Kanya rasi, fifth and sixth houses, their lords and Sun, and affliction of Mars and Mercury and their relation with disease inflicting house or planet give rise to ulcers in bowels. When afflicted Mars and Mercury afflict or join above houses and planets ruling bowels and be in any way related with disease inflicting house or planet by conjunction, situation etc, they also give rise to similar diseases. When Rahu joins the above combinations, it gives rise to irrecoverable ulcers in bowels. Conjunction or affliction of the above combinations by Saturn or Ketu causes pains in bowels. 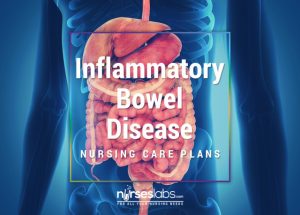 Gastritis is the result of disturbed digestion, abuse of alcohol etc. Symptoms are uncomfortable feeling in abdomen, headache, depression, nausea, eructations, vomiting, pains etc. Venus is karaka for digestion and her strength and position is an important factor while considering this disease. Affliction of Simha and Kanya rasis, fifth and sixth houses, their lords, karaka Sun and Venus and some relation of them with disease inflicting planet or house will give rise to gastritis. While afflicted and malefic Venus afflicts the houses and planets ruling this disease from a disease inflicting house or being conjoined with a disease inflicting planet, she is capable of producing similar disease. When Ketu or Saturn joins the same or afflicts the same; it causes pain.

While judging tuberculosis of bowels, position of Rahu and Ketu should be considered. When Rahu or Ketu afflicts the houses and planets ruling bowels and be in any way related with dusthana or with disease inflicting house or planet, it may give rise to tuberculosis of bowels. The combinations for tuberculosis have been discussed already and any combination making any relation with combination for bowels trouble may produce tubercular diseases of bowels. There are many kinds of tubercular infections concerning the fifth and sixth houses. Tuberculosis may be of intestines, liver, kidney, uterus etc. When the respective karaka planet ruling the above parts of the body be afflicted along with the houses and planets ruling the same and a combination for tuberculosis is present, they may produce tuberculosis of that part of the body ruled by the karaka planets, houses etc.

Womb is also to be judged from sixth house and Kanya rasi. Karaka for the same is Sun. Pain in the womb is caused by situation of Saturn, Rahu or Ketu in sixth house or in Kanya rasi or by their malefic aspects. When malefic Saturn, Rahu or Ketu passes through these houses or over Sun in transit it may produce pain in bowels, provided an affliction of the houses and planets ruling bowels is present in natal chart.
I am giving below some of the combinations for bowels disorder and diseases connecting the same :—

Lagna—Karkata s Rahu and Mercury in Mithuna ; Sun and Moon is Karkata ; Mars and Venus in Simha ; Saturn in Brischika I Ketu in Dhanu ; Jupiter In Meena.

The person is suffering from a worst type of pain in abdomen.
The reasons for the same are :—

Thus we find many factors are present in this horoscope to give rise to bowels diseases. Ketu’s situation in the ,sixth house not only gives rise to pain but also brings sufferance from unknown causes. Situation of Moon and Sun in Karkata rasi being afflicted is not a happy combination.

Lagna–Karkata ; Rahu in Mesha ; Mars in Brisha ; Sun, Jupiter and Mercury in Mithuna ; Venus in Simha ; Ketu in Tula ; Saturn and Moon in Dhanu.

This is a horoscope of a female, who suffered from cancer in abdomen and ultimately died from the same.
The reasons for the disease are :—

Thus we find all the factors ruling stomach and bowels are afflicted in this horoscope suggesting serious illness concerning the above places. Affliction of sixth house and lord of lagna by all the malefics and also by lords of dusthanas justify death from disease like cancer of intestines.

Lagna—Dhanu ; Ketu in Mesha ; Jupiter in Karkata ; Saturn in Simha ; Rahu and Mars in Tula ; Moon in Dhanu ; Sun and Venus in Kumbha ; Mercury in Meena.

This is a case of duodenial ulcer.
The reasons for the same are :—