Diseases from Impurity of Blood and Poison — Jyotish Tutorial

Karkata , Brischika sand Meena rasis rule the blood. Fourth, eighth and twelfth houses Also rule the same. Mars is karaka for blood; Moon is karaka for blood diseases, Kanya rasi, Rahu and Ketu work for all poisoning. When the rasis and planets ruling blood be afflicted and make any relation with Kanya rasi or Rahu or Ketu, there are likeliness of diseases from poisoning of blood; A malefic and afflicted Moon placed  in dusthana or aspected by lord of dusthana or conjoined  with lord of dusthana  also gives rise to similar diseases. When malefic Rahu or Ketu conjoins with Moon or Mars, they are also capable of producing similar diseases. When Kanya rasi, Rahu or Ketu be afflicted and make any relation with lagna, lord of lagna or lagna karaka Sun or they also become afflicted along with Kanya rasi, Rahu or Ketu; or when Malefic Rahu or Katu afflicts them, they give rise to diseases and troubles from poison. Second house rules the mouth. Brisha rasi also rules the Same. When second house, lord of second house or Brisha rasi be afflicted along with the houses and planets ruling poison or when these houses be in any way related with the houses and planets ruling poison, they result into troubles from poison taken by mouth. 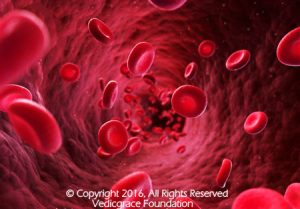 I am giving below some of the combinations for diseases from blood poisoning :—

The followings are the combinations suggesting trouble from poison :—

Lagna—Kanya ; Moon and Ketu in Mesha ; Jupiter in Simha ; Saturn in Kanya ; Rahu in Tula ; Sun and Mercury in Makara ; Mars and Venus in Kumbha.

The person suffered from diseases owing to impurity of blood; The diseases were irruptions and skin disease. The reasons for the same are :–

Thus we find the factors ruling the diseases from poison of blood are afflicted in this horoscope. Prior to this, he also suffered from dysentery, which is justified from, the affliction of Kanya rasi, sixth house, sixth lord, Mars and Venus. 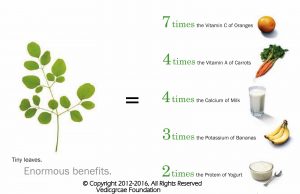 Lagna —Simha ; Venus in Mesha ; Mars and Rahu in Kanya ; Saturn and Moon in Makara ; Jupiter and Mercury in Kumbha; Sun and Ketu in Meena.

This is a case of poison taken by mouth. In the result he suffered from eczema in right leg.

Thus we find the houses and planets ruling diseases from blood-impurity and also ruling poison are afflicted in this horoscope and are capable of producing diseases from poison and impurity of blood. Affliction of Kanya rasi by strong malefics, affliction of second house, all these justify taking of poison by mouth. Right leg is ruled by second house and Saturn. Affliction of these and their relation with the houses and planets, suggesting taking of poison and disease, also justify the attack of eczema in right leg.

Another point of interest in this horoscope is that, the person committed suicide by hanging himself.

Diseases from Impurity of Blood and Poison – Astrologer Vinayak Bhatt