The menstrual discharge in a female after puberty is a regular monthly course. Moon governs the fluid matter in a female and Mars governs the blood. Their combination causes menstruation. When Moon comes in transit in any of the houses, first, second, fourth, fifth, seventh, eighth, ninth or twelfth, the menses occur.

Sometimes it is disturbed by irregularities or by excessive flow. This occurs due to malefic influence of the planets. It is the lower abdomen where womb and ovaries are situated. Womb is ruled by the sixth house and Kanya rasi, while ovary is ruled by seventh house and Tula rasi. Therefore the disease connecting menses are to be found out from sixth, seventh and eighth houses and from Kanya, Tula and Brischika rasis. Moon and Mars are the karaka planets. for this disease. In case of excessive flow, a malignant Mars is responsible; For pain and irregularities Saturn is to be held responsible. Moon works for all chemical changes in the body and therefore Moon-Mars, Moon-Saturn, Moon-Rahu, Moon-Ketu combinations are not good in a female horoscope for regular’ and undisturbed menstrual discharge. Whenever Moon is afflicted in transit by above malefics, they will create some irregularities in menstrual discharge. 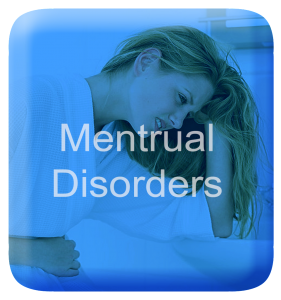 Lagna—Kumbha ; Rahu in Simha ; Moon and Saturn in Tula; Jupiter in Brischika ; Mars in Dhanu ; Mercury in Makara ; Sun and Ketu in Kumbha ; Venus in Meena.

This is a case of profuse bleeding at the time of menstruation.
The reasons are :—

All these, suggest menstrual disorder, excessive flow and pain at the time of menstruation.

Lagna—Brisha ; Ketu in Simha ; Sun, Mercury and Jupiter in Kanya ; Mars, Moon and Venus in Tula ; Saturn in Makara ; Rahu in Kumbha.

This is horoscope of a female, who suffers from severe pain at the time of menstrual discharge.
The reasons for the same are :—

Thus we find, many factors are present in this horoscope to give rise to menstrual disorder and pain. Tula rasi, which rules uterus, ovaries, menstrual periods etc, and Moon and Mars, who rule over menstrual discharge, and Venus, karaka for ovaries, all are heavily afflicted by strong Saturn and Rahu and are in sixth house from lagna. These indicate trouble and pain in menstrual discharge and also diseases connecting uterus and ovaries.