Watery signs rule these diseases. Mars is karaka for all tumours, boils, abscesses etc. Affliction of Rahu also produces the same. As poisoning of blood is the main cause for these diseases, it will be seen that the watery signs are afflicted in horoscope of a person suffering from these diseases, Fourth, eighth and twelfth houses and their lords also rule the blood and strength and position of these houses are also to be taken into consideration while judging these diseases. When the above houses and planets be afflicted or be conjoined with malefics and make any relation with sixth house or lord of sixth house or with any disease inflicting house or planet, they give rise to diseases like tumours, boils, carbuncles, abscesses etc. 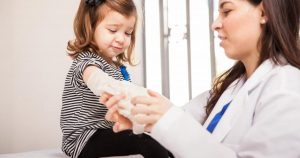 I am giving below some of the combinations for these diseases :—

Lagna — Karkata ; Jupiter in Mithuna; Rahu in Karkata ; Mars in Simha ; Moon and Mercury in Kanya ; Sun in Tula ; Venus in Brischika ; Ketu in Makara ; Saturn in Kumbha.

This is case of virulent tumours and boils. The person suffered from the same, underwent an operation and died ultimately. 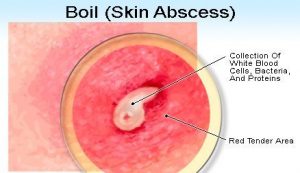 These justify the attack from such a disease. Opposition of Mars and Saturn, and Saturn being eighth, lord justify an operation and death from operation.

Lagna—Brischika; Rahu in Mesha ; Jupiter in Brisha ; Moon and Ketu in Tula ; Saturn in Dhanu ; Mars, and Mercury in Makara ; Sun and Venus in Kumbha. This is a case of carbuncle in the back portion near the neck. 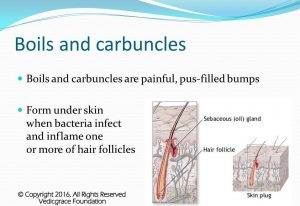