Seventh and eighth houses rule all diseases concerning urine. Tula and Brischika rasis are the seat in natural zodiac ruling the urinal diseases. Venus and Mars are the karaka planets for the same. When these houses, their lords and karaka planets are afflicted, badly situated, weak or when houses and house-lords ruling urine are afflicted by malefics Venus and Mars or when the houses, house-lords and karaka planets make some relation with sixth house, lord of sixth house or with disease producing house or planet by conjunction, aspects etc, they give rise to all urinal troubles. Watery signs—Karkata, Brischika and Meena,—of which influence of Brischika rasi over this disease has been already mentioned, also rule the urine. When Saturn joins the above houses or planets, or afflicts them by aspect or be in any way related with them, it produces stones in urinal passage. 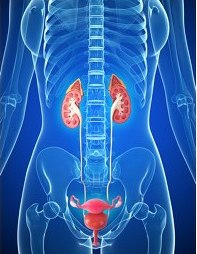 I am giving below few combinations for urinal diseases :—

Lagna—Kanya ; Moon and Ketu in Mesha ; Rahu in Tula ; Saturn and Jupiter in Makara ; Venus in Kumbha ; Mars, Sun and Mercury in Meena.

This is a case in which the person suffered from stones in urinal passage.
The reasons for the disease are:—