This is a disease of respiration characterized by difficult breathing, cough etc. Mithuna, Tula and Kumbha rasis rule breathing. If these houses are afflicted, one will feel difficulties in taking breathing. If any of these houses becomes lagna and be also afflicted, the possibility of suffering from asthma is likely. Mercury, is karaka for this disease. Its situation, strength, conjunction etc are important for this disease. When Mercury is weak, badly placed, afflicted by malefic conjunction or aspect and if the same has some relation with disease inflicting planet or house, the disease of asthma is likely. Moon causes cough Weak, afflicted or badly placed Moon produces disease of cough. Rahu rules breathing and affliction of Rahu by malefics, situation in dusthana or affliction of airy houses by malefic Rahu give rise to diseases connecting breathing. Third house rules breathing and affliction of third house by malefics or by afflicted Rahu also produces breathing difficulties. 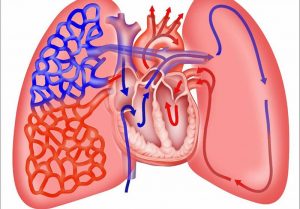 When third house, lord of third house, Mithuna, Tula and Kumbha rasis, Mercury, Rahu and Moon be afflicted by malefics in way of conjunction, aspect etc, be situated in evil houses and be in some way related with disease inflicting house or planet, they give rise to the disease of asthma.

While applying the above combinations, the strength and position of the houses and planets ruling asthma are also to be taken into consideration.

Lagna—Mithuna ; Rahu in Brisha ; Sun and Jupiter in Kanya ; Venus and Mercury in Tula ; Ketu in Brischika ; Moon in Dhanu ; Saturn R and Mars R in Meena.

This is a case of asthma.
The reasons for the disease are:—

Lagna— Simha ; Jupiter R in Mesha ; Ketu in Karkata ; Sun, Saturn and Mercury in Kanya ; Venus in Tula ; Moon and Mars in Brischika ; Rahu in Makara.

This is also a case of asthma.
The reasons for the same are :—

Thus we find all the factors controlling the disease of asthma are heavily afflicted in this horoscope.