The astrological combinations for fatal diseases are as follows: 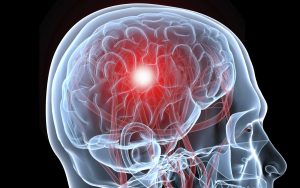 There are also many combinations in horary Astorlogy given in standard books suggesting recovery from diseases and they are given below:-

The physician is ruled by lagna, disease by the seventh house, medicine by the fourth house and patient by the tenth house. The house of patient is also called the house of recovery. If there be friendship-between patient and physician, and between medicine and disease, the disease may be cured. If the relation is of enmity, the illness may not be cured. If lagna be occupied by malefic, the disease may be serious due to physician. When lagna is occupied or aspected by benefic and is free from malefic influence, the prescription served will be of benefit to the patient. If malefic be in tenth house, the disease increases due to taking of injurious food at the time of disease. If Rahu be in lagna and be aspected by Saturn, the medicine works like poison. If benefic be in seventh house, one recovers even without medicine. if benefits aspect seventh house, they suggest recovery from disease. If malefic be in seventh house or aspects the same, the disease will be painful and lingering.

The horoscope at that time casted was :

Lagna—Meena ; Ketu in Mithuna ; Jupiter R in Karkata ; Saturn in Tula; Venus in Brischika ; Rahu and Moon in Dhanu ; Sun and Mercury in Makara ; Mars in Meena.

Strong Saturn is in eighth house aspecting Moon. Further Moon is conjoined with Rahu, which is aspecting sixth house. Lord of sixth house is Sun which is also aspected by Rahu. We know Sun rules abdomen and Moon rules appendicitis. Kanya rasi, which is seat of this disease in natural zodiac, is aspected by Mars suggesting an operation there. Sixth house from lagna is also afflicted by aspect of Rahu in this horoscope. If lord of lagna be benefic and be in its exaltation sign it suggests recovery from disease. If Moon be in tenth house, benefics be in trikona and lagna be aspected by benefic, they also suggest recovery. The person was suddenly attacked from appendicitis in night of 20th January, 1955, when Moon entered Dhanu rasi. He was forced to an operation and ultimately recovered from the disease.

A question was put to me about a person who was operated in Calcutta in a hospital some time in middle of November 1954. The question was put to me on 23rd November, 1954 at 11-16 A.M., I.S.T. This is a case of operation of the prostate of an old person of seventy years, After operation, the right side of the body and the tongue became paralyses ; Ultimately he died of the same.

We know, if sixth lord be with Moon or with lord of lagna, it makes one to suffer from disease. Further we know if Moon be in tenth house, lagna be afflicted by malefic, and malefics be in first and tenth houses, they cause disease. In this horoscope all these are present, suggesting the suffering of the person from disease. A very strong Mars is in lagna and is aspecting the eighth house, which also suggests an operation.

Mars rules over all operations. It is also karaka for diseases ruled by eighth house. Mars is also lord of Brischika rasi, eighth house of natural zodiac. Rahu is aspecting Mars from a fiery house. Sun, lord of eighth house, is in Brischika rasi hemmed between malefics. From these we can make a conclusion of an operation in the eighth part of the body, that is, an operation of prostate or alike. Now, comes the question of paralysis. We have sepia in this book, paralysis is caused by affliction of Mercury, Sun, Moon and lagna, and also by affliction of ninth house, ninth lord etc. Affliction of sixth house, situation of Saturn in an airy house, conjunction of Moon and Mercury with Saturn or Rahu, affliction of lagna, Sun, Moon etc by Mars, all these give rise to paralysis.

In this horoscope, we find:–

Thus we find all the houses and planets ruling paralysis are afflicted in this horoscope and are related with disease. Inflicting planets, Though Mars is primarily responsible for disease in this horoscope, Saturn is equally strong and is in conjunction with sixth lord. Mercury. Hence Saturn is also capable of producing disease here. Saturn rules limbs. Mercury and Moon are afflicted and are related with Saturn and disease-inflicting planets ruling paralysis. Their combination and relation gave rise to paralysis and affection of limb, right side and tongue.

Strong malefic Sun is in eleventh house, which suggests death. Further the benefic planets Jupiter and Venus both are retrograde and are heavily afflicted by strong malefics. Lagna is also heavily afflicted. Lord of lagna, Moon and Sun are also afflicted. These suggest death of the patient. The person died when Moon was passing through Brischika rasi and was over the degree of Sun, the eighth lord. He was operated when Moon was passing through Simha rasi, the eighth house from lagna and the rasi owned by Sun and also when Makara lagna was ruling.

Lagna—Simha ; Moon in Mesha 3 Ketu in Mithuna ; Jupiter R in Karkata ; Saturn in Tula ; Venus in Brischika ; Sun, Mercury and Rahu in Dhanu ; Mars in Kumbha.

In this horoscope lagna is afflicted by strong Malefies Mars and Rahu, which suggest the mistakes on the part of the physician. But a benefic in fourth house, house of medicine, suggests the mistake will be ultimately corrected through medicine and much care will be taken. The tenth lord Venus, a benefic, is aspecting the tenth house, the house of patient, which suggests ultimate recovery. But as it is hemmed between strong malefics Saturn and Rahu, and as strong Mars is in seventh house they suggest much pain and lingering of disease before complete recovery.