Horary branch of astrology is the method of judging a horoscope calculated for the time of question. It also gives miraculous results. This can be applied also to determine the diseases. When more than one question are to be judged during one and same lagna, the first question is to be judged from lagna, second from fourth house, third from seventh house, fourth from tenth house, fifth from fifth house, sixth from eighth house, seventh from eleventh house and eighth from second house.

When a question is to be judged as regards any disease whether a person is suffering from any disease or not, this should be decided from lagna, Moon, sixth house and lord of sixth house. If Moon or lord of lagna be in sixth house, or sixth lord be with Moon or lord of lagna, or sixth lord be in lagna, it suggests one is suffering from disease. If sixth be a movable sign, the disease is ordinary and in case ii +s fixed sign, the disease is serious. If it is a dual sign and it the sixth sputa (sixth bhava madhya) be with-in first fifteen degrees  of the sign, the disease is serious and if it is in the second fifteen degrees of the sign, it is not serious. If Moon be in third, sixth, tenth or eleventh house and malefics be in first, fourth, fifth, seventh, eighth, ninth and tenth houses and if lagna be aspected by malefics, it suggests one is suffering from disease, If lagna be a fiery sign or be in a fiery navamsa, it suggests either the person is suffering from disease or will be attacked from the same soon. 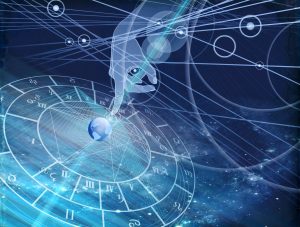 HOW TO DETERMINE THE NATURE OF DISEASE—

And number of planets related with sixth and eighth, houses, and with their lords suggest the number of diseases from which the person in question is suffering or will suffer. While judging diseases one must take into consideration whether the planets causing diseases are rnalefics or benefice from the lagna and from the house wherefore the horoscope is being judged. The benefics will do much less evil and may not even inflict disease at all.
Click Here For An Appointment Vinayak Bhatt

There are many combination for diseases in horary astrology and I am giving below the same. While applying these, one must take into consideration whether the combining planets are benefics or malefics and also the strength of their affliction.