Dropsy is a disease in which watery fluid collects in the cavities of tissue of body. Karkata, Brischika and Meena rasis are watery signs. Moon and Venus are watery planets. When watery houses and planets are afflicted by strong malefics, be situated badly, be conjoined with or aspected by evil lords and malefics and be in some way related with disease. Inflicting house or planet, they give rise to the disease of dropsy. 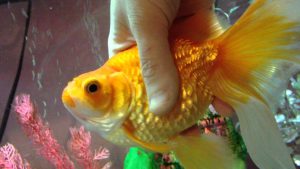 Lagna, lord of lagna and lagna karaka Sun are also the other factors to be considered in this disease. When they be in watery houses, be afflicted, be with malefics and evil lords or when they join afflicted watery planet Moon or Venus, they give rise to the disease of dropsy.

Lagna —Makara ; Ketu in Meshas ; Rahu in Tula ; Mars in Brischika ; Venus in Dhanu ; Moon in Makara ; Sun, Jupiter and Mercury in Kumbha ; Saturn in Meena.