Paralysis and poliomyelitis or infentile paralysis:, are caused by the affliction of Mercury, Sun, Moon and lagna. Ninth house rules the limbs. Affliction to this house, lord of ninth house and Dhanu rasi,—the ninth house of natural zodiac also give rise to these diseases. Mercury is primarily responsible for this disease. Any planet or house connected with the causes of paralysis by situation, conjunction, aspect etc, give rise to paralysis in that part of the body ruled by the planet or house. When Sun is heavily afflicted and is in a house of malefic, and lagna and Mercury are also afflicted, paralysis may appear. When sixth house, lagna and Mercury are afflicted and Saturn be in an airy sign, these may give rise to paralysis. When Moon and Mercury join Saturn or Rahu or be aspected  by Saturn or Rahu, and if lagna be afflicted or lord of lagna be afflicted, these may give rise to paralysis. If Mercury be weak, be defeated in planetary fight or be afflicted and be in dusthana, it will damage the entire system of nerves. When at the same time lagna or lord of lagna or Sun or Moon be afflicted it may produce similar diseases. Saturn causes diseases of feet ; Venus causes diseases of face ; Sun affects the whole body and Mars causes all analytical strokes. 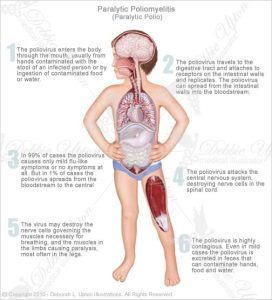 Lagna—Brischika ; Saturn, Rahu and Venus in Mesha ; Jupiter and Ketu in Tula ; Mars is Makara ; Sun, Moon and Mercury in Meena.

This is a case of paralysis and the Jataka ultimately died from the same. The reason for the disease are—

Thus we find all the factors ruling paralysis are afflicted in this horoscope. He was attacked by paralysis of his left leg and later his right leg was also attacked. The twelfth house and twelfth lord in this horoscope are more afflicted than the second house and second lord which suggest more attack upon left side, particularly on the left leg, as Saturn, karaka for leg, is also afflicted. 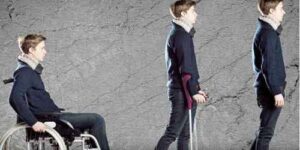 Lagna— Brisha ; Sun in Mesha ; Rahu in Brisha Saturn in Karkata ; Jupiter and Ketu in Brischika ; Moon in Makara ; Venus in Kumbha., Mars and Mercury in Meena.

This is a case of Poliomyelitis.
The reasons for the disease are:-

Thus we find the factors capable of giving rise to the disease are present in this horoscope. Lagna being afflicted by strong malefic Rahu and lagna karaka Sun and also Mesha rasi both being afflicted by Saturn suggest the affection of the whole body.