Lagna rules the body. Sun is karaka for same. Mesha rasi is the seat in natural zodiac ruling the body. Affliction of Mesha rasi, lagna, lord of lagna and Sun by malefic aspect and conjunction or affliction of these houses by lord of dusthana, or situation of the planets ruling body in dusthana, all these give rise to physical deformities. Saturn and Ketu are two major planets affliction of which are mainly responsible for deformities. Second, sixth and tenth houses and Brisha, Kanya and Makara rasis rule flesh and bones. Affliction of these houses and lords of second, sixth and tenth houses also produce deformities. Dhanu rasi is the seat of limbs in natural zodiac and ninth house also rules the same. When Dhanu rasi, ninth house and its lord are afflicted, they also work for deformities. Saturn is karaka for limbs and its affliction is not also desirable. When the houses and planets ruling body, limbs and bones be in any way related with disease inflicting house or planet, the deformities come as after-affect of a disease. Second house and Brisha rasi rule the right leg and when they are in any way related with the above houses and planets, the right leg may be deformed. Meena rasi, and twelfth house rule the left leg and affliction of these and relation of these with above houses and planets may produce deformed left leg. Mithuna rasi and third house rule the right hand, and Kumbha rasi and eleventh house rule the left hand and any relation of them with combinations of deformities may produce deformity in that hand, ruled by affected house and planet. 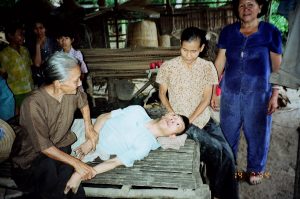 A malefic Saturn in lagna, other than Brisha, Tula, Makara and Kumbha lagna, is always bad, as it may bring deformities. When lagna is afflicted, if at the same time Moon also be afflicted and be in twelfth house they may produce defect in limbs. When Saturn be in seventh house, if Mars be without strength or be afflicted by con-junction of Rahu, there may be defect in limbs. When Saturn is heavily afflicted and is situated in the twelfth house, it may also produce deformities. Saturn in second house, Mars in seventh house and Moon in tenth house from lagna or from radical Sun may produce deformities due to after-affect of diseases. When lord of lagna is in dusthana and lagna is conjoined with Rahu or Ketu, they may also produce deformities due to diseases.

Third House rules the bodily growth. Mithuna rasi is seat of same in natural zodiac. Mars rules vigor and energy and works for building our body. When Mithuna rasi, third house and third lord and lagna be afflicted and be connected with short planets, or when the house ruling growth be short rasis, there may be ill-growth. When these houses are joined with long planets or they them. selves are long houses, there may be abnormal growth. Mesha, Brisha and Kumbha rasis are short rasis. Simha, Kanya and Brischika rasis are long rasis. Others are even rasis. Lagna rules our head, second house rules the face, third house rules neck and arms and so on. The growth of the part ruled by a house will depend on the nature of the house, whether it is long, short or even and also on the nature of the planets occupying and aspecting, whether they are short or long. 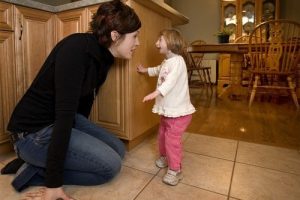 Lagna—Mithuna ; Sun, and Saturn in Mithuna ; Venus and Mercury R in Karkata ; Mars and Ketu in Simha ; Moon in Dhanu ; Jupiter R in Makara ; Rahu in Kumbha. This is a case of physical deformities.

The person has defect in his hands. The hands are crippled, of which the right one is more defective than the left one.

The reasons for the same, as we find, are :—

Thus we find the reasons are present in the horoscope to produce deformities. A malefic Saturn in lagna, other than Brisha, Tula, Makara and Kumbha langas, always causes deformities if lagna is not well fortified. In this horoscope third and eleventh houses are afflicted, Third lords are also afflicted, while eleventh lords from lagna, Moon and Sun are not afflicted. Though both the hands are crippled, the left one is less defective. The reasons we find are, the eleventh lords are not afflicted.