Plague is a specific infectious disease, caused by bacillus pastis and occurring in two chief forms,—a bubonic, involving the lymphatic glands and a pneumonic causing an acute and rapid fatal inflammation of the lungs. Mars, Venus and Moon are karaka planets for this disease. Lagna, lord of lagna, Sun and Mesha rasi are found heavily afflicted in this disease. When lagna, lord of lagna, Mesha rasi, Sun and karaka planets Mars, Moon and Venus are found heavily afflicted, badly placed, conjoined with malefics and evil lords, aspected by malefics and evil lords and are related with Kanya rasi, sixth house, or with a disease-inflicting house or planet, they give rise to this disease. Rahu works for all epidemics and when Rahu makes some relation with the above, the disease comes from an epidemic. Athma-karaka planet in Mesh and relation of them with sixth house or with any disease producing house or planet, give rise to this disease. In plague, it is generally seen planets are heavily afflicted. Karkata rasi also rules the lungs, and in case of the disease with inflammation of lungs Karkata rasi may be also seen afflicted.

Lagna—Mesha ; Saturn, Rahu, Venus, Mercury and Moon in Kumbha ; Ketu and Jupiter in Tula ; Mars in Karkata ; Sun In Meena.

The person died from plague. 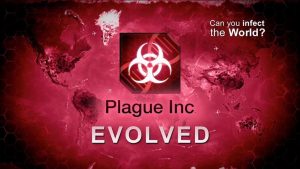 Plague disease plague pronunciation Plague: Symptoms Symptoms and causes What is the cause of bubonic plague? 2016-08-13
vinayak