The second house rules over the nose. Mercury is karaka for the same. When second house and Mercury are afflicted, nasal trouble is suggested. Brisha rasi is the seat of nose in the natural zodiac. Second house also rules the right nostril and twelfth house rules the left one. To ascertain trouble in particular side the cause must be looked into second or twelfth house. Rahu is karaka for breathing. ‘Mithuna, Tula and Kumbha rasis, three airy signs also rule the functions of breathing. Affliction to the houses and karaka controlling nose and breathing gives rise to nasal diseases and difficulties in breathing. Polyps is a disease which is a kind of tumour in nose. Mars is karaka for all tumours. A malefic Mars in the second or twelfth house and affliction of the houses and planets ruling nose, or affliction of the above houses and planets by malefic Mars produce diseases like polypus. 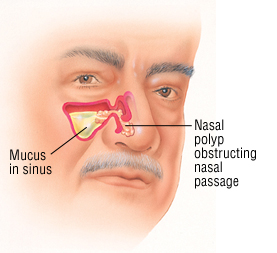 Polyps and Other Nasal Diseases

The followings are the few combinations for nasal diseases :—

Lagna—Karkata ; Mars in Brisha ; Rahu in Mithuna ; Moon in Karkata ; Saturn in Brischika ; Ketu in Dhanu; Sun, Mercury, Venus and Jupiter in Kumbha. 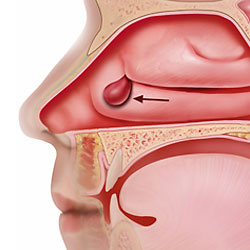 Polypus and Other Nasal Diseases

This is a horoscope of a person suffered from Polypus, and had to undergo an operation.
The reasons for the disease are :—

Thus we find many factors are present in this horoscope to give rise to disease like polypus. The jataka suffered from polypus in his right nostril and underwent an operation. Here, Jupiter as lord of sixth house suggests disease, while also being the lord of ninth and a natural benefic helps recovery.