The relation of sixth house, lord of sixth house or Kanya rasi or disease inflicting planet or house with  house and planets ruling lungs are necessary to produce the disease of lungs. When Jupiter, being a benefic, joins them or aspects them, he suggests recovery from the disease. Conjunction of or aspect by benefic planets and lords of or aspected by benefic house also bring recovery. 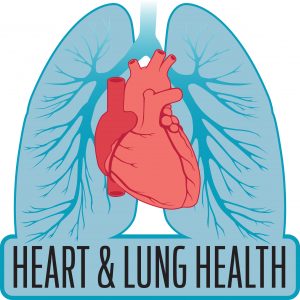 I am giving below few combinations for the disease of lungs:—

Lagna—Kanya ; Moon and Ketu in Mesha ; Jupiter In Simha ; Saturn in Kanya ; Rahu in Tula ; Sun and Mercury in Makara ; Mars and Venus in Kumbha.

This is a case of pleuricy.
The reasons for the disease are:-

Thus we find many factors are present in this horoscope to give rise to disease of lungs. In this horoscope it will be seen that fourth house of lagna is a fiery house, fourth lord Jupiter is in fiery house, karaka Moon is in fiery house and fourth lord is also aspected by fiery planet Mars. The person suffered from dry pleurisy and this can be justified from predominance of the fiery houses and planets causing this disease. In this horoscope, fourth house is aspected by fourth lord Jupiter and karaka Moon is also aspected by him. He is further aspecting the sixth house. His influence over fourth house, Moon and karaka planet and he himself being fourth lord minimized the malignant qualities of the combinations for disease and that is why the person suffered from pleuricy only and not from tuberculosis of lungs.

Lagna—Brischika ; Rahu in Mesha ; Jupiter in Brisha ; Moon and Ketu in Tula ; Saturn in Dhanu ; Mars and Mercury in Makara ; Sun and Venus in Kumbha.

This is a case of Pleurisy with effusion.
The reasons for the disease are :—

Lagna—Mesha ; Jupiter in Mesha ; Saturn and Ketu in Karkata ; Venus in Kanya ; Sun and Mercury in Tula ; Mars in Brischika ; Rahu and Moon in Makara.

Lagna—Mithuna ; Rahu in Simha ; Mars and Saturn in Tula ; Jupiter and Sun in Brischika ; Venus and Mercury in Dhanu ; Moon and Ketu in Kumbha.

Thus we find many factors are present in the horoscope to give rise to lungs disease.