Heart diseases are disordered action of heart, irritable heart, neurocirculatory asthenia, pain in heart etc. Karkata rasi is the seat of heart in natural zodiac. Fourth house governs the same. Moon is karaka for heart and Sun rules the heart diseases. To find out all diseases connecting heart one must look into the position of Sun in the horoscope. Mars governs the blood. So the affliction of Sun, Moon, Mars, Karkata rasi, fourth house, lord of fourth house etc and any relation of any of them with sixth house, lord of sixth house, Kanya rasi or with disease inflicting house or planet, give rise to diseases of heart. When Saturn joins Sun, it causes palpitations and shivering of heart. When Ketu afflicts the same, it causes pain in heart. Mars under similar position is responsible for all blood circulations. Lagna plays also a part in this disease and generally it is seen lagna or lord of lagna is afflicted in cases of heart diseases. 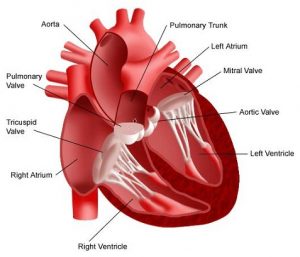 I am giving below few combinations ruling diseases of heart:- 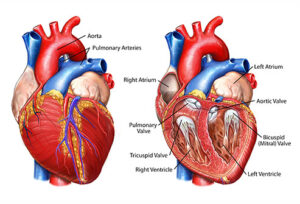 Lagna—Mesha ; Saturn, Mercury and Rahu in Mesha ; Sun and Moon in Brisha ; Venus in Mithuna ; Jupiter and Ketu in Tula ; Mars in Meena.

This is a case of heart disease.
The jatika ultimately died from the same. The reasons for the same are :-

Lagna—Tula ; Jupiter in Mesha ; Ketu in Mithuna ; Saturn in Karkata ; Moon in Simha ; Paint in Dhanu ; Mars; Sun, Mercury and Venus in Meena. This is another case of heart disease. The person suffered from mild heart trouble and ultimately recovered from the same.

The reasons for the disease, we find, are :—

In this horoscope , the lord of fourth house is aspecting the fourth house . it is further a yoga–karaka. Its situation in Karkata rasi is also not very harmful for Tula lagna. Further lord of lagna is exalted ; and that is why the suffering of the person was comparatively mild and he recovered from disease.