Thrombosis of the Heart – Jyotish Tutorial

Fourth house rules the heart. Karkata rasi is the seat of heart in natural zodiac. Moon rules the heart. Sun governs all heart diseases. Mars controls the circulation of blood. The affliction of all these and a relation of any of them with disease inflicting house or planet give rise to heart  disease and also to thrombosis of heart. Karkata , Brischika and Meena rasis rule over the blood and therefore the strength of these houses are also to be considered. The affliction over these  houses also  causes the thrombosis of heart. The  More the malignant the houses and  planets, more they work for this disease. Any connection of these houses and planets with eighth house , lord of eighth house  or Ayukaraka Saturn may inflict death. When strong malefics pass over these houses and planets or afflict them in transit by aspect or by conjunction one may be attacked from thrombosis of heart, provided he has the houses and planets ruling heart in his natal chart weak and afflicted. 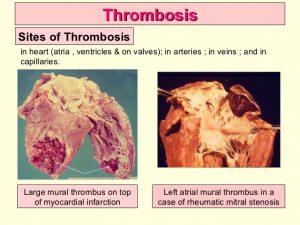 Thrombosis of the heart

Lagna—Mithuna ; Saturn in Mithuna ; Mars and Ketu in Karkata ; Sun, Moon and Venus in Kanya ; Mercury in Tula ; Rahu in Makara ; Jupiter in Kumbha.

This is a case of thrombosis of heart. The person died in the first attack.
The reasons for the disease are :-

Thus we find most of the factors are present in this horoscope to give rise to such a disease. At the time of attack from thrombosis, Rahu was passing through Makara rasi, thus afflicting Karkata rasi, fourth house, Sun, Moon and Mars from eighth house from lagna. Saturn in transit just passed Kanya rasi and entered Tula rasi, and thus was afflicting Karkata rasi, fourth lord and Mars, and partly, fourth house, Sun and Moon. Mars was also in eighth house from lagna on the day of attack. He was passing through the dasa of Jupiter at that time which is a strong maraka from lagna, Sun and Moon. The planets in transit and the dasa ruling at the time of attack from thrombosis justify the death.

This is another case of thrombosis of heart. He died from the same, but he had some more attacks from the same before death.

All these suggest attack from thrombosis of heart and death from same. Mars is not afflicted in this horoscope. More over he is aspecting his own house, the fourth house from lagna, ruling heart. The watery signs though afflicted are also guarded by Jupiter, a natural benefic, and that is why he survived the previous attacks. He died when Rahu was passing through Makara rasi and Saturn through Tula rasi thus afflicting Karkata rasi, Sun, Moon, Mars, lagna, fourth houses from lagna, Sun and Moon, and fourth lords therefrom.