The diseases concerning breasts and mammary glands are also ruled by the fourth house. Karkata rasi is the seat in natural zodiac. The right breast is further ruled by the fourth house and Karkata rasi and left one by tenth house and Makara rasi. Moon is karaka for breast. Second, sixth and tenth houses rule the flesh. Brisha, Kanya and Makara rasis, three earthly signs, are the seats in natural zodiac ruling flesh. Any disease concerning insufficiency of milk in a mother’s breasts is due to affliction of fourth house, tenth house, their lords, Karkata and Makara rasis, Moon etc. The causes and natures of disease concerning flesh around the breasts are to be judged from above places and karaka planets and also from Brisha, Kanyaand Makara rasis, and from second, sixth and tenth houses. Mars is karaka for breast glands. Venus is karaka for all gland-diseases. Any disease in mammary glands originates from afflicted Karkata and Makara rasis, fourth and tenth houses, their lords, Moon, Mars and Venus. Cancer of breasts is more frequently seen in women, and the root cause of the disease is to be looked from the houses and planets already mentioned. When sixth house, lord of sixth house, Kanya rasi or any disease inflicting house or planet make any relation with houses or planets ruling diseases of breast and they be heavily afflicted by malefics or being afflicted be in an evil place, they may give rise to cancer of breast. When Moon is sixth lord and is in lagna and fourth or tenth house is afflicted, it may give rise to the disease of cancer of breast. When fourth or tenth house lord and karaka Moon be in sixth house or in dusthana or be heavily afflicted, they produce the similar disease. Affliction  of fourth or tenth house, Karkata or Makara rasi, Moon etc by afflicted or malefic Mercury may give rise to ulcer in breast. Affliction of the above houses and planets by dry planets or situation of the planets ruling breasts in dry house may make insufficiency of milk in mother’s breast. 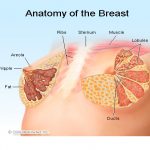 Sometimes the mammary glands are also attacked by tubercular affection. Such cases are to be detected from Moon, Mars and Rahu. When these houses and planets are heavily afflicted and in some way related with disease inflicting house or planet or be afflicted by malefic Rahu from an evil house, they give rise to tubercular diseases concerning breasts.

Lagna— Karkata ; Rahu in Kanya ; Moon in Tula ; Saturn and Venus in Makara ; Sun and Mercury in Kumbha ; Mars, Jupiter and Ketu in Meena.

This is a case of cancer of breast. The reasons for the same are :-

Thus we find all the factors ruling diseases of breasts are afflicted in this horoscope. Fourth houses from lagna, Sun, Moon and their lords and Karkata rasi are afflicted here and hence the jatika suffered from cancer in her right breast.