Epilepsy is an affection of the nervous system characterized by attacks of unconsciousness with or without convulsions.

Lagna, sixth house and Mercury are responsible for this disease. Ali lotion of Moon also adds to this disease. When lagna, lord of lagna, Mercury, which is karaka for nerves, and Moon, karaka for mind—all are afflicted, this disease may occur. Causes for epilepsy with a strong afflicted Sun, Moon or fifth house may result into madness.

Disorder of personality manifested by a heightened and perverted suggestibility is seen in Hysteria. Persons with mobile emotional dispositions, especially, women are the chief subjects of this disease. Heavily afflicted Moon and afflicted or badly placed lord of lagna or affliction of lagna may give rise to this disease. 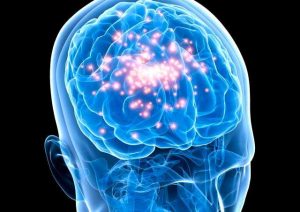 I am giving below some of the familiar combinations for these diseases:-

Lagna—Makara ; Sun in Mesha ; Venus in Brisha ; Jupiter in Karkata ; Ketu in Kanya ; Moon and Saturn in Makara ; Mars, Mercury and Rahu in Meena.

This is a case of epilepsy.
The reasons for the disease are:-

The Jatika suffered from fits and nerve complaints in her Rahu dasa. Here in this horoscope both Moon and Mercury are afflicted. Mercury is particularly heavily afflicted. If Saturn would not be the lord of lagna and if there would have been no aspect of such powerful jupiter over lagna, Moon and Mercury, she would have been a victim of worst suffering. With the coming of Jupiter dasa, she has been relieved of this disease. Jupiter aspecting the determinants of the disease in his own house suggests recovery.