As regards the duration of any disease, the above periods are to be taken into account and the long or short periodicity can be ascertained by applying the above principle. Suppose Saturn is the causing planet for a disease. We can say that it will linger for a long time. While if the Mars or Moon be the causing planet, the duration of the disease will be of shorter period though the disease will not run exactly to the same extent of period mentioned. The planets are effective in certain portions of a rasi and the result will be Felt when the planet enters that portion in transit. They are effective accordingly :—

The functions of planets have been assigned to some specific periods and they are as follows:- 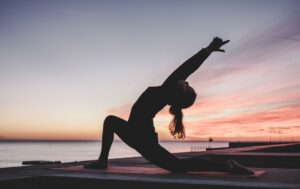 The planets in transit (gochara) give rise to diseases when malefic-ally afflict the natal planets and bhavas. The powerful malefic in such conditions can produce diseases even without any combinations for diseases in natal chart. Say, when lagna, Sun, Moon, sixth house, sixth lord etc are afflicted, diseases may result. The nature and quality of the disease will be determined by the natures and qualities of houses and planets afflicted and afflicting. If at the same time the jataka passes through maraka dasa and antardasa, the disease may be severe, while under benefic  dasa  and antardasa, the disease may not occur at all or if occurs, it will be very mild.

I am giving below an illustration and the method of judging diseases from horoscope.

This is a horoscope of a female, suffering from ill health for nearly a period of ten years. She met with a sudden fall from the roof of the house and became unconscious. This stage lasted’ for nearly a month and consequently she lost her memory and became a victim of continuous nervous break down. Few days after, she was attacked with meningitis. Lastly she became victim of disease of limbs and her legs became so weak that she could not walk. Since then she has been suffering from this trouble.. Her trouble started in antardasa of Mercury in dasa of Jupiter (Bimsottari).

From a scrutiny, we find :—

All these surely suggest a very bad state of health, many diseases. and long ailment.Now, further, we find:-

Further we find all the Kendras and also Mithuna, Kanya, Dhanu and Meena raises are afflicted by malefic. We can assume from this that she is liable to suffer from accident, heart disease, fever, disease of brain, meningitis. Nerve trouble, diseases connecting thighs, limbs, legs, feet, mind, memory etc. 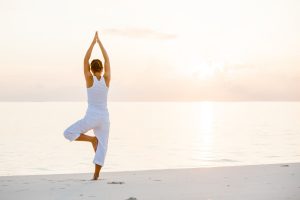 In Jupiter dasa, in antardasa of Mercury, she had a fall from the roof of her house and became unconscious, As a result she suffered from fever and nerve diseases.

Jupiter and Mercury, both are malefic and maraka and are in eighth house, which is an airy sign. Mercury is lord of fourth house, also an airy sign. Jupiter is lord of lagna— and is in eighth house. Lagna rules the person and fourth house rules the residence and home- Rahu is aspecting  them from a sensitive house. Rahu is an airy planet and is karaka for all falls from high places. From these, we can conclude that a danger is likely to occur in Jupiter dasa — Mercury antardasa on her person at her house and either from air or from fall from high place. Naturally we can infer that she will suffer from fall- from a high place at her house or residence.

Again Jupiter and Mercury rule over intelligence and Memory. Mercury rules also over fever. She Was attacked with fever, became unconscious and lost her Memory. Rahu is also karaka for loss of memories. Mercury is also karaka for nerves and thus she became victim of nervous breakdown. Here, in this  Case, Jupiter and Mercury did not give effect towards other karakas as, such as, heart, lungs, liver, spleen diseases etc as they are in airy sign.

In Ketu antardasa she suffered from meningitis and diseases connecting limbs, legs and feet. Ketu is aspect by Rahu, Saturn and Sun. They all are malefic. Ketu being in lagna kendra becomes also a Malefic and in Ketu antardasa she can expect Sun, Saturn and Rahu also giving effect. Sun is karaka for meningitis, head and body. Saturn is karaka for limbs and legs. Rahu is karaka for feet and Ketu is karaka for all lingering, painful and unknown diseases and they naturally accounted for the above diseases. Saturn, Rahu and Sun are in earthly sign and in Kanya rasi, so they affected the limbs of the body.

I shall now discuss diseases of various kinds and their causes in next chapters with examples. I shall avoid degrees and minutes of the planets in the examples but to obtain a correct result one should also take the factors into consideration. I shall also omit the navamsa chart.