When lagna, Sun, Moon and sixth house are well-fortified by-situation, conjunction and aspect of benefices, good health will be maintained. More the malefic influence the above planets and the houses, the more the health will doctorate, sufferings will increase and the body will be the seat of diseases 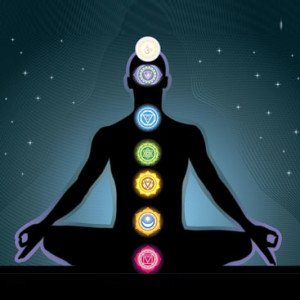 When Saturn and Mars be in sixth house, being aspected by Sun and
Rahu, coupled with weak lord of lagna, the conditions cause lingering disease. Saturn and Rahu in the sixth house also give rise to lingering diseases and bad health. When Saturn and Mars occupy second house and are related with the disease inflicting planet or’ house, they produce various kinds of diseases. When two or more malefic planets are in the eighth ‘house or aspect the eighth house, they also cause many diseases. When Mars and Venus are in the ninth house or Sun and Saturn are in similar position, bad health and diseases may result. Jupiter and Saturn in the ninth house also produce the same result. Afflicted Venus in the twelfth house, Ketu in lagna and Saturn in lagna or in seventh house are responsible for bad health and diseases.

Kanya and Meena raises are two sensitive signs of the zodiac and  any affliction to  these houses causes bad health diseases  and sufferings.  While judging a horoscope, these two houses should not be overlooked.

One must be careful in predicting diseases. Most combinations ‘of diseases in any house may not practice the disease at all, as .benefic influences over the combinations of diseases and over the houses of diseases may nullify the malefic influence.  Even when a disease is suggested from any house from lagna and if the same place be well fortified from  Moon, Sun and Navamsa Lagna, the disease may not occur at all. Even when there is no indication of disease from lagna, it may appear if the house connecting the disease be afflicted from Sun, Moon or navamsa lagna. In such cases one must take the strength of the combinations of diseases and. also the strength of the houses and planets which are cancelling the disease, The stronger side will give the result. The disease is sure to come when two or more places in respect of same house from lagna, Sun, Moon, navamsa lagna or in natural zodiac are afflicted.

Other points must be taken into consideration; these are natures and qualities of the planets causing the disease and the house where the disease in formed ; whether the planets are benefits or malefic, whether the planets are friends, enemies’ or neutrals to the house-lords. The results in case of a benefice causing disease will certainly be not same as in case of malefic. Similarly the result in case of a friendly planet causing disease will not be the same as in case of an enemy or neutral planet.. The effect will vary according to the natures and qualities of the planets. A benefit or a friendly planet may not even give rise to any disease. 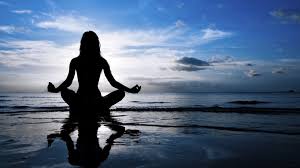 Take the question of Saturn in cases of Brisha Lagna and Simha lagna. For Brisha lagna, it is a Yuga-karaka being lord of ninth and tenth houses and hence, is a benefit planet for that langa ; while for Simha lagna, Saturn is lord of sixth and seventh houses and thus is a malefic and maraka for that lagna. In these two cases, result will very much.

Another point is to be taken into consideration, whether the ruler of a house is natural benefic or malefic. Benefice will do less harm than malefic.

The relation between two planets are also to be Considered. Take the case of Mars aspecting Sun from his  seventh house. Sun is natural friend of Mars. BY Situation he is an enemy being in seventh house of Mars. The  combined relation, being friend in one case and enemy in other case, makes them neutral. ting Sun from tenth house. Here again Sup is natural .friend of Mars in one case and temporal  friend in  the other case, so their combined results make them intimate  friend (athimitra ) to each other. The result  in both the cases cannot be same.

The aspects and conjunctions are also to be taken into consideration. Say, Saturn is in opposition to Moon,— Moon being situated in 16° in Makara rasi and Saturn in 18° Karkata rasi in one case and in other case. Moon is in , 16° Makara rasi and Saturn is in 24° Karkata rasi. The opposition in one case is 2° away from 180° and in other case 8° away. The results cannot be same in both the cases. The degree of affliction of mind, morbidness, melancholy mood etc will be much more in the first case where Moon is 2° away.

The position of the disease-inflicting planet in relation to bhava is also to be taken into consideration. Suppose Rahu is in eighth house in 16° Mesha and bhava madhya ( bhava sputa.) of the eighth house is 19° Mesha and in another case, Rahu is in eighth house in 26° mesha under same, bhava Madhya. of eighth house, Thus in one case Rahuis, 30-away from ,bhava Madhya and in the other case, it  is 7° away Result in both cases cannot be same.  Which is  more nearer to bhava Madhya will have;More effect. While judging diseases, all these points re-to be considered to arrive at a correct decision.