Dhanu rasi is the seat of limbs in natural zodiac. Ninth house rules the same. Saturn is karaka for limbs. Affliction of Dhanu rasi, ninth house, lord of ninth house and Saturn, their conjunction with malefics, situation in evil houses, aspects of malefics over them and any relation with disease inflicting house or planet all these are responsible for affection of the limbs. If Saturn along with lord of ninth house be in dusthana and be also conjoined with any planet, it suggests loss of the limb ruled by the affected house or conjoining planet. Lagna, lord of lagna and Sun, lagna-karaka, have also their parts in affecting the limbs.. While they are afflicted, they may give rise to malefic effect provided houses and planets  ruling limbs are also affected. Mesha rasi, first house of natural zodiac also rules the same. 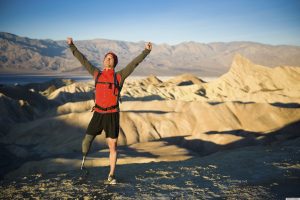 Second house and Brisha rasi rule the right leg. When the conjoining planet be lord of second house or the affected house be second house or Brisha rasi, it may affect the right leg. When twelfth house, its lord or Meena rasi be conjoined, it damages the left leg. Third house and Mithuna rasi rule the right hand, while eleventh house and Kumbha rasi rule the left one. When Mithuna rasi, third house or lord of third house be affected, it damages the right hand, and while eleventh house, its lord or Kumbha rasi be affected, it damages the left hand. Mars is karaka for accidents. When malefic Mars joins them or aspects them, the loss of limb is due to accident. When a disease inflicting house or planet or Saturn be related with them, the loss is after affect of a disease.

Limbs may be also affected from paralysis and other diseases, I have dealt with many diseases concerning limbs in different places in this book.

I am giving below some combinations suggesting loss of limbs :— 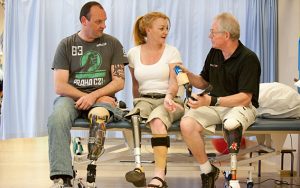 Lagna— Makara ; Saturn and Rahu in Mesha ; Mars, Jupiter and Ketu in Tula ; Sun and Venus: in Brischika ; Moon and Mercury in Dhanu.

This is a case of loss of limb. The Jataka has lost his left leg by amputation. The reasons for the same are :—