This disease is to be judged from seventh and eighth houses. Tula and Brischika rasis are seats in natural zodiac ruling the same. Mars is the karaka planet of this disease. When Tula rasi, Brischika rasi, seventh and eighth houses, their lords and karaka Mars be afflicted by conjunctions or aspects of malefics or when malefic Mars afflicts them by situation, conjunction, aspect etc and when the above houses and planets ruling piles and fistula make some relation with sixth house, lord of sixth house or with any disease inflicting house or planet, there may by the appearance of piles and fistula. 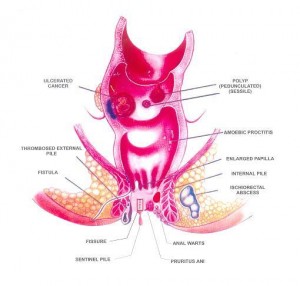 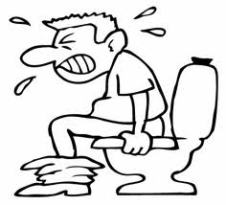 Lagna—Makara ; Sun and Mercury in Mesha ; Jupiter in Mithuna ; Mars and Moon in Karkata ; Ketu in Kanya, Saturn in Makara ; Venus and Rahu in Meena.

Thus we find the houses and planets ruling piles are afflicted in this horoscope and are capable of giving rise to the disease of piles.

Lagna–Mithuna ; Saturn in Mithuna; Ketu in Simha ; Venus in Dhanu ; Moon and Mars in Makara ; Sun, Jupiter, Mercury R and Rahu in Kumbha.

This is another case of piles.
The reasons for the same are :—

In this horoscope lagna and eighth house are heavily afflicted. Moreover, karaka Mars is in the eighth house from lagna himself being the sixth lord. These suggest severe attack from piles.