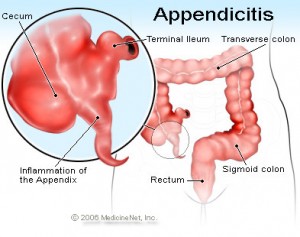 Some of the com

binations for this disease are given below :—

The person suffered from appendicitis for a long time and underwent an operation.