This is a disease of metabolism especially of the carbohydrates, in which the normal utilization of carbohydrate is impaired with an increase in the sugar content of the blood and glycosuria. The increased thirst is a prominent feature in this disease. Kanya rasi and sixth house rule this disease. Sun, being karaka for all stomach and bowels diseases, has also his ruling over the same. Venus, Moon and Jupiter are karaka for this disease. Affliction of Venus and Jupiter or Moon and Jupiter together with affliction of Kanya rasi, sixth house, lord of sixth house and Sun, give rise to diabetes. When afflicted Venus and Jupiter or Moon and Jupiter join the above houses and planets or be related and there be also some relation with disease inflicting planet or house, similar disease is predicted. Eighth house also rules over this disease. While judging this disease, the strength of the eighth house and its relation with the combination of disease are also to be considered. 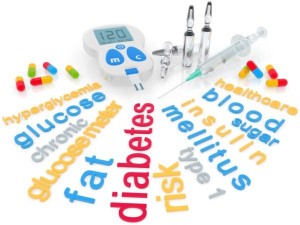 I am giving below some combinations for this disease :–

Lagna–Brischika ; Mars and Ketu In Mithuna ; Sun and Mercury In Simha ; Jupiter in Kanya ; Venus in Tula ; Saturn in Brischika s Rahu In Dhanu ; Moon in Meena.

This is a case of diabetes.
The reasons for disease are :—

Thus we find the planets and houses ruling diabetes are afflicted in this horoscope and are capable of producing the disease.