Kidney is one of the pair of glandular organs in abdominal cavity of Mammals. Pelvis is basin like cavity of kidney. There are many kinds of diseases concerning these places, such as, tumours in kidney, cystic disease, abscesses, nephritis etc. The seventh house rules the place. Tula rasi is the seat of the same in natural zodiac. Jupiter and Moon are karakas for all diseases concerning kidney. Venus is ruler of diseases in pelvis. Affliction to Tula rasi, seventh house, lord of seventh house, Jupiter and Moon, all these give rise to diseases in kidney. When Malefic Jupiter and Moon afflict the above houses and lords, the similar diseases are predicted. If the above houses, their lords and karaka planets connect sixth house of lord of sixth house or any disease producing house or planet by conjunction, aspects etc, the diseases connecting kidney and pelvis appear. An afflicted and weak Moon is always bad for kidney. Saturn also rules the diseases in kidney and affliction to Tula rasi, seventh house, lord of seventh house etc by Saturn give rise to diseases concerning, kidney. When Mars and Mercury, being malefics, afflict the houses and planets ruling kidney, they produce tumours, abscesses etc in kidney. 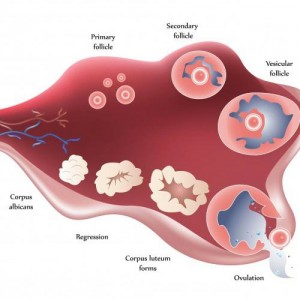 Lagna—Kanya ; Moon and Mars in Brisha ; Sun and Venus in Mithuna ; Jupiter and Mercury in Karkata ; Ketu in Simha ; Saturn in Makara ; Rahu in Kumbha.

In this case, the person suffered from stones in kidney and underwent an operation.
The reasons for the disease are :—

Thus we find the factors liable to give rise to disease in kidney are afflicted in this horoscope. Afflictions of seventh house, lord of seventh house, Tula rasi etc by sixth lord Saturn suggest stones in kidney. Association of Mars with Moon justifies the operation.